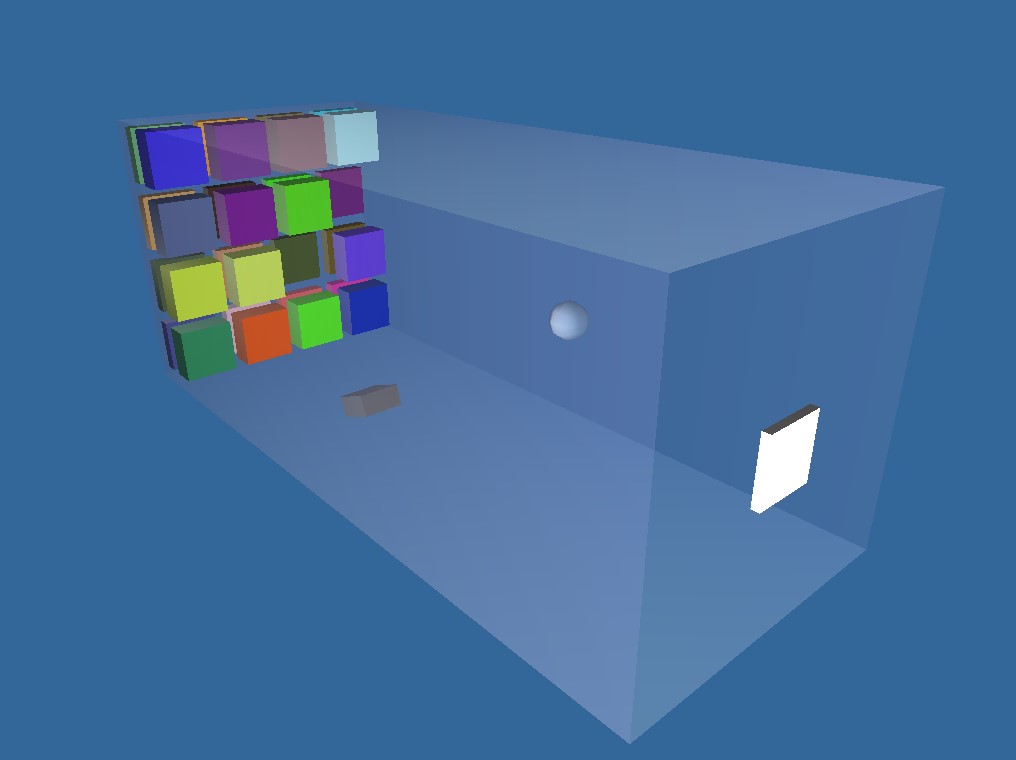 In this project, a version of the Arkanoid game, which will be run in three dimensions using the OpenGL library and th glut helper library, was implemented.
The game takes place as follows:
in the beginning the ball is on the “racket” and can move along with the last one at the level of movement of the racket (ie at the level xy and at the surface obstructed by the dimensions of the playing area). Initially there are 2 rows of bricks, each of which is removed from the playing field when hit by the ball.
When all the bricks are removed, the stacks are restarted to have a height of 1 brick and so on. If the ball is lost, that is, behind the racket, it is restored to its current position.