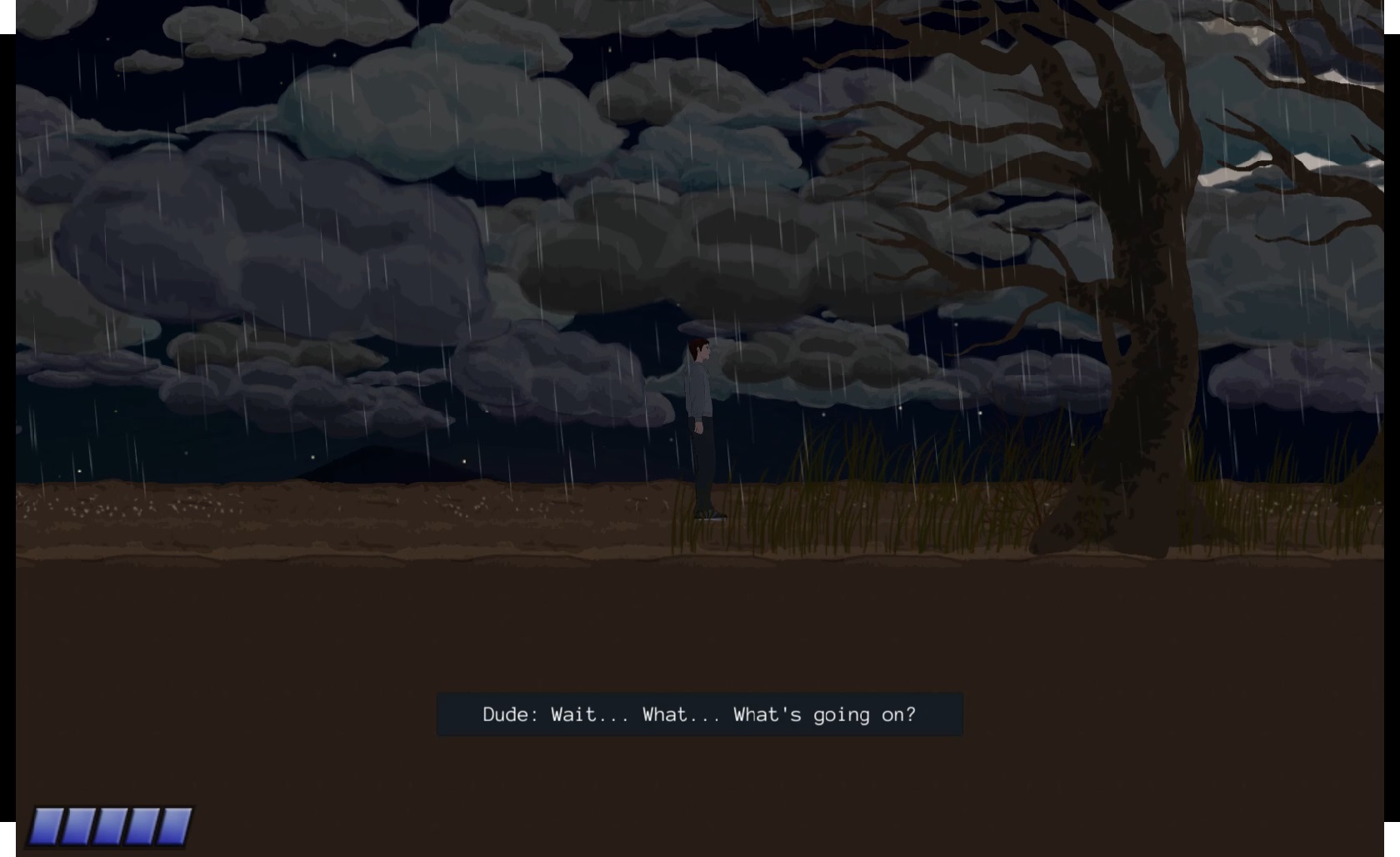 “The Dude” is a fast paced side-scrolling platform game with puzzle-solving and action elements and intense storytelling. It follows the story of a young man, Chuck, in the near future, who was experimented with and managed to escape from his captors. But he has lost his memories, including his name, which even the player does not know for the most part of the game, and his purpose is to recover and understand what has happened to him. During his adventure he will gradually discover various superpowers given to him and use them to go further by fighting both those who try to stop him and his inner demons.
The game is one-player only, with two-dimensional graphics and a side camera. It is characterized by high speed of movement, precision in control and special character abilities that can be used in any order as required.